I’ll start with a parable I learned from the movie Colors about a Young Bull and an Old Bull. The two are standing up on the high ground looking over a sea of cows and the Young Bull turns to the Old Bull and says, “Hey why don’t we run down there and fuck one of those cows.”

The Old Bull thinks for a moment and responds, “Let’s take our time and make a plan so we can fuck them all.”

When one looks at the Murders of #GeorgeFloyd and #BreonnaTaylor its very easy to want to seek swift Justice but then we only get to fuck one cow. Let’s take our time and make a plan so we can FUCK THEM ALL…

Now, a portion of America has said, “We have been trying to peacefully protest most notably by taking a knee.” Fair point. For what it is worth in my personal opinion taking a knee is an act of submission as well as a sign of fealty #KneelBeforeTheKing. To be honest, I disagreed with the protest’s execution, but I had to reconcile the fact that a segment of my society was peacefully trying to end Police brutality (in a position of submission, I might add) and the message was being entirely misconstrued.

“But why would anyone misrepresent a peaceful call for Help and Justice?” The answer is simple… Ratings. Keep people angry, Keep people watching and keep the Money coming in.

And what keeps people divided and makes a lot of money?

SPORTS, which is our modern form of tribalism. Unlike the NFL, in real life, we can’t trade or kick out of the league the pieces of shit that makes all of us look like Eagle or Raider fans because in this league #Society we were born with the jerseys we wear.

So how does a sports fan find justice when the league is plagued with some teams having a bigger budget or “supposedly” having deflated balls? (Which, ironically, gives you an advantage/privilege.)

First, Recognize it’s tough to play in the league and everyone who has made it faced their own struggle that you don’t understand.

Second, Nobody likes cheaters and when the Zebras start favoring one team it poisons the integrity of the League.

Third, Justice is nothing more than fair play and the officials must be held accountable every time they make an unfair ruling regardless of the team.

In the past, the sports commentators #Media have been pretty discerning about what stories go to print to divide the nation only this time they fucked up because #GEORGEFLOYD and #BREONNA TAYLOR died from gross negligence by the people who are supposed to keep the game fair and now everyone in the league is pissed.  So how do we heal the rift so our season can play on?

For starters, fire the refs and bring the bastards to justice. In the process  of doing so, acknowledge that even though they are from suburban Philadelphia and lifelong Eagles fans, the good people of Philadelphia do not condone these actions and are disgusted by them.

Next, let’s bring the same level of outrage every time the referees act grossly incompetent and somebody is killed regardless of the team.

Most importantly, TRAIN, SCREEN, and constantly REVIEW the men and women who take a thankless job and get hated on for making sure people just follow the rules.

If COVID-19 has taught me anything, it’s the following: The Doosan Bears #KBO brings that hot fire and if you disagree “Cash me outside how ‘bout dat” and that the path to peace lies in, “When my opponent draws a circle to exclude me. I’ll draw a bigger one to include them.”

You may have noticed the only groups I attacked were Raida’(I don’t rate the hard R) and Eagle fans. It’s because liking those teams is a choice and choosing to like a team with a dysfunctional culture is what leads to someone from suburban Philly breaking the rules for their own team regardless of where they were raised… #FlyEaglesFly #RaiderNation

MAKE THE NFL VIOLENT AGAIN not our society. 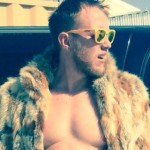 Canaries in the Coal Mines