“Pick your poison”: a term we’ve all heard. Though it originally meant contemplating one of several crappy outcomes in a dilemma, the catchphrase nowadays usually comes from that friend who long ago proclaimed himself the barroom wise man, or that crusty Nam-vet uncle who oozed down into his floorboards for a few years due to a harrowing mix of wine, women, and song.

There’s a problem here, though. Because wherever you may hear it, whomever preaches it, picking a poison isn’t really adequate advice. Why? Because when the hell have you enjoyed just one and the others don’t find a way to come barreling in? Exxxactly. Knowing how to mix your vices, how to prioritize them and blend them to their optimal dose serves up a more realistic strategy. So, rather than pick your poison—know how to prioritize and ration your poisons.

That said, we’ve written about jack shacks, posted safety briefs to make an operational risk matrix card spontaneously combust, and a future article will be addressing the real reason you dudes are packing for that Euro trip. Therefore, it is fitting today that we officially roll out the Sex & Alcohol Curve *patent pending.

The two great categories when getting wild will always be what you ingest and how it helps or hurts your ability to smash.

The Sex & Alcohol Curve works on the classic XY axes: 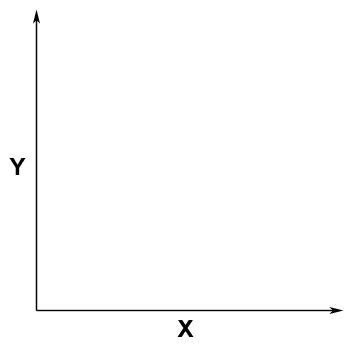 On our X axis we have sexual activity. On the Y, you guessed it: 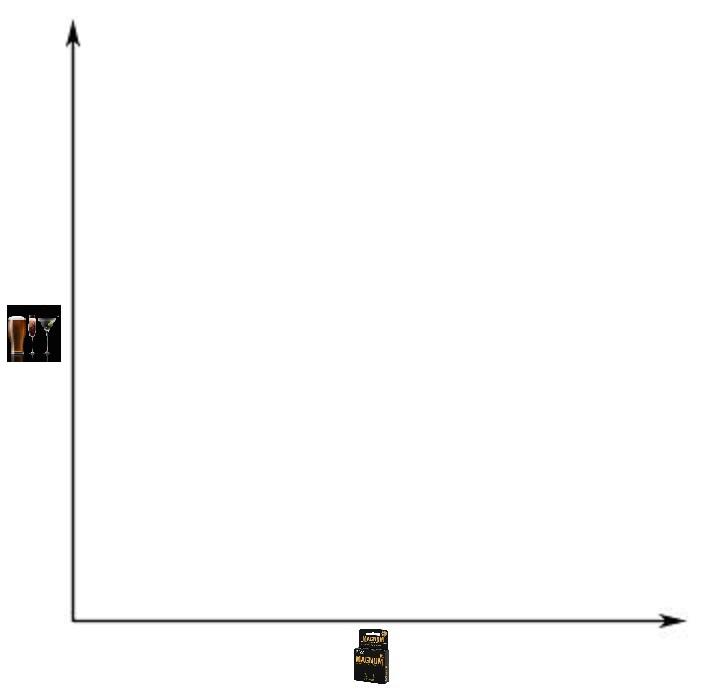 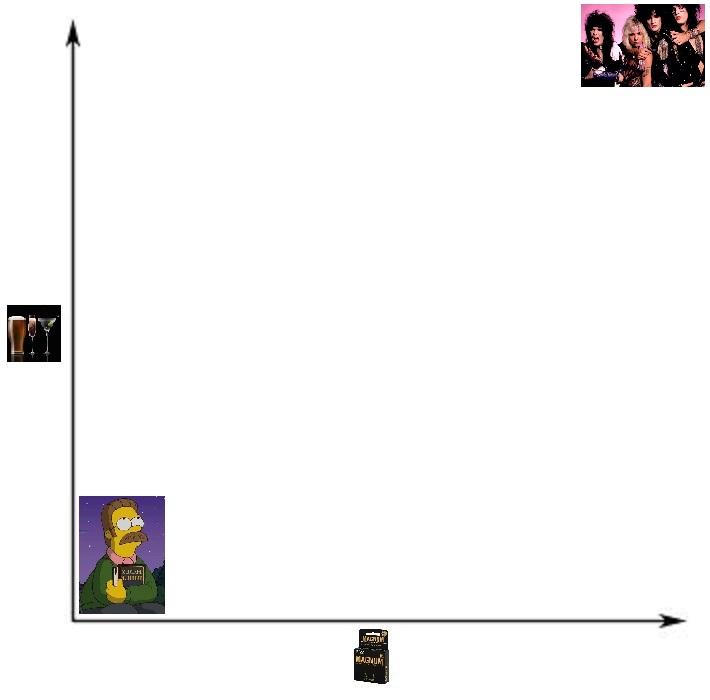 Now bear with me, I’m about to mention a Greek philosopher, but don’t worry, it’s not to wow you with the wisdom of Wikipedia, and no, the philosopher is not Socrates—though that would be apt for “picking poison” in a far more literal way. No, our main man Aristotle gets a mention here because old boy hit the nail on the head. Observe:

Similar to Aristotle’s Doctrine of the Mean, you, Party Animal, when considering the Sex & Alcohol Curve aim to flourish in between excess and deficiency.

Party Excess: passed out drunk while the stripper rides you (and is likely stealing your wallet)

Party Deficiency: too timid to go to said strip club, so you just stayed home to: 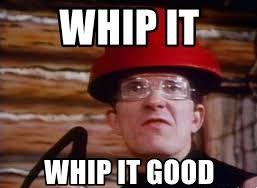 If you play it too cautious with sobriety you can gallop up and down the Sexuality/X axis but have denied yourself even so much as a buzz. A forgivable detail in most situations, and in many cases the Substance/Y axis isn’t even the remotest concern when the X side of things is calling. 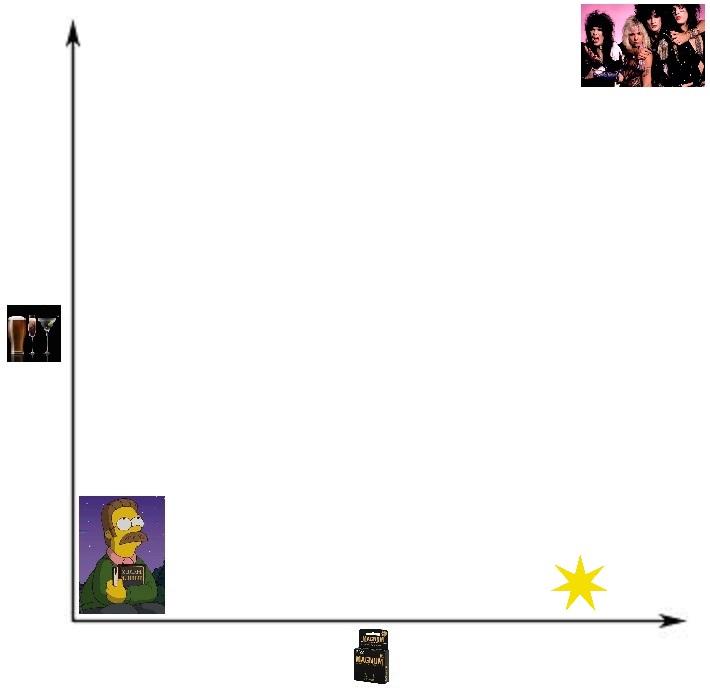 But—however—yet—in places like Rue Saint-Denis, Pigalle, Geylang, and the legendary Red Light District of Amsterdam—for, after all, this is a travel tip—the call of that Y axis will go from a whisper to a scream.

Riding the X axis will always be priority for people with 1) a penis, and 2) a pulse. If such carnal activities are paid for, however, an insidious reluctance can seize a man. Here is where the Y axis becomes so relevant!

This reluctance can stem from fear of STDs, religious baggage, clustered tour groups being told by way of a portable loudspeaker “here’s how our local sex trade works! Let’s wait and see if he goes inside.” And god damn, even if aiming to get it the good old fashion way, reluctance stemming from fear of rejection or feeling tongue-tied as all hell that night can also leave you frozen.

We all know it, the Y axis has that needed jet fuel to embolden the timid.

But be warned (or be reminded) shoot up the rafters of the Y axis and you’ll have entered a world a swirling pain. 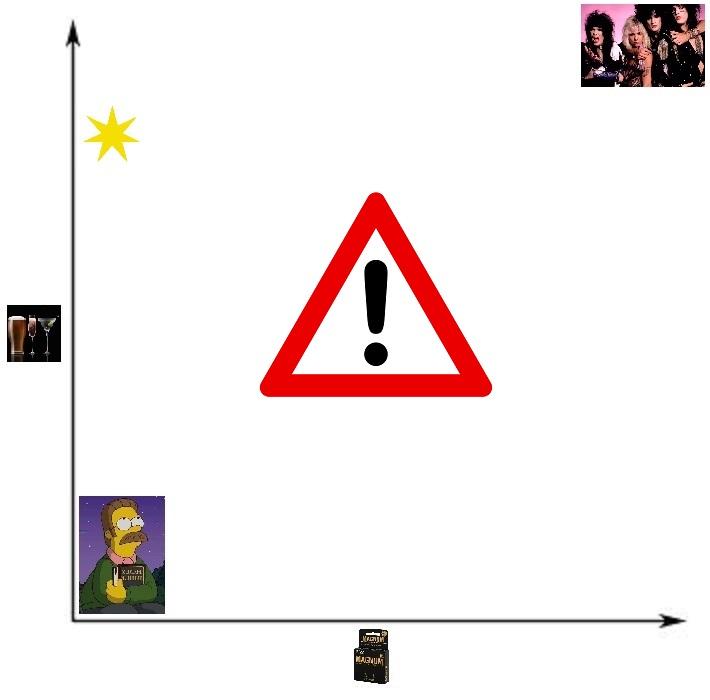 If intoxicated to all belligerence in the locations mentioned earlier, you may suffer such fates as getting the working girl’s weaponized piss-bottles splashed in your face, paraded around by local cops, beaten by local thugs, or waking up in a seedy alley with a pounding headache and a missing watch.

And if even if you do survive arrest, hangover, or robbery, there is still the infamous frustration: jamming your flaccid failure into a rubber in front of the woman trying her best not to sigh or to giggle. 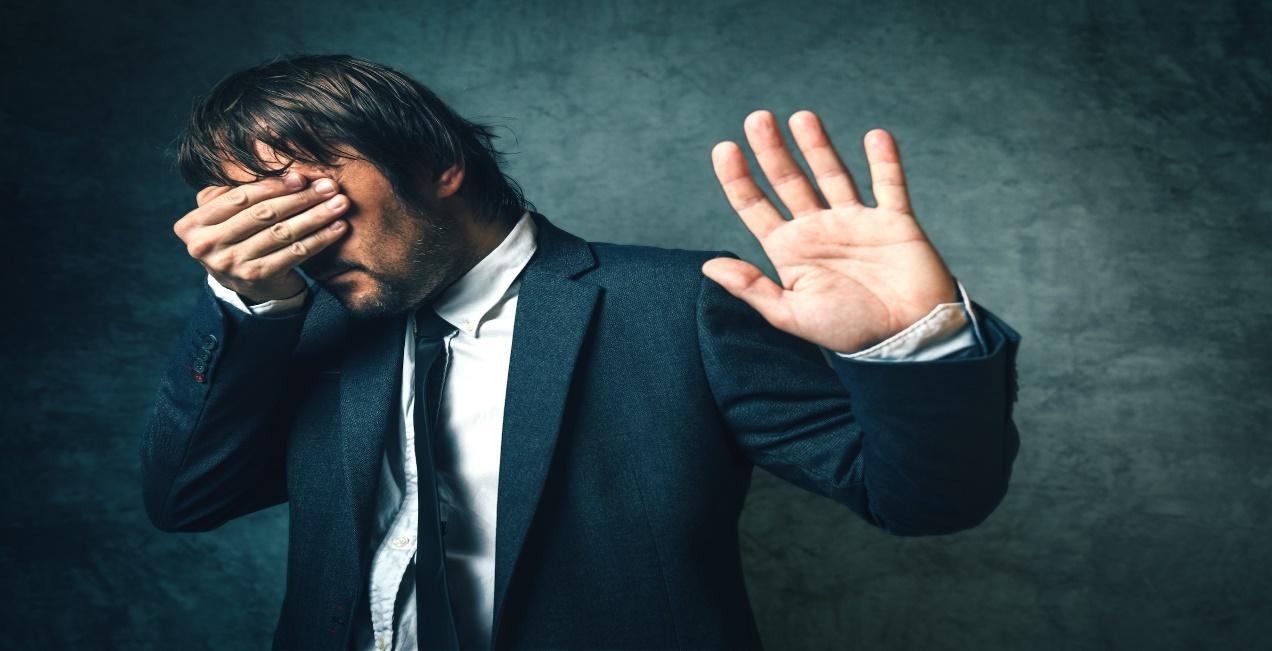 Putting it all together, a few drinks on the Y axis—generally speaking—improves smashability on the X axis by way of a social lubricant. It loosens the nerves, does all those things you need no article to tell you. However, once you’ve climbed too high on the Y axis, you’ll sharply retrograde, leaving you eventually to wallow in catatonic, celibate despair. 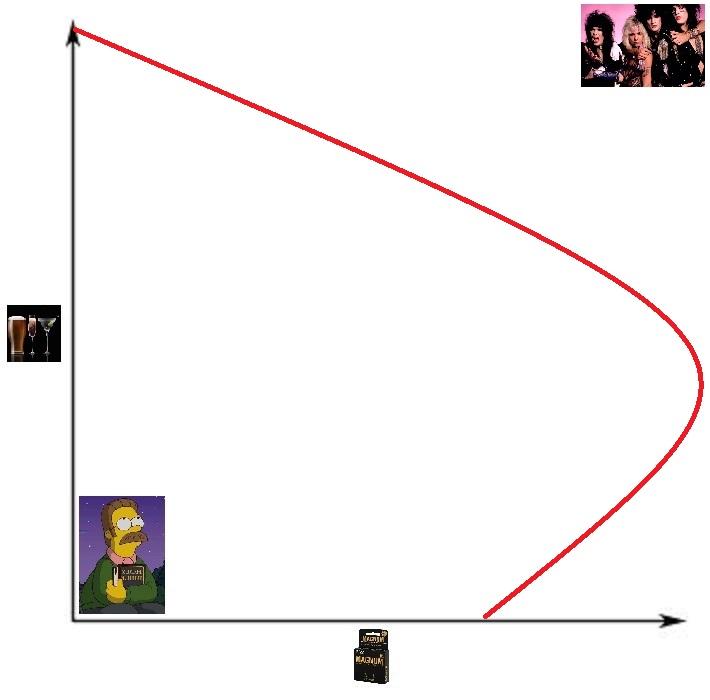 As the brave man sits between rashness and cowardice, you must also sit where the optimal amount of booze is ingested but you are still able to optimally destroy. 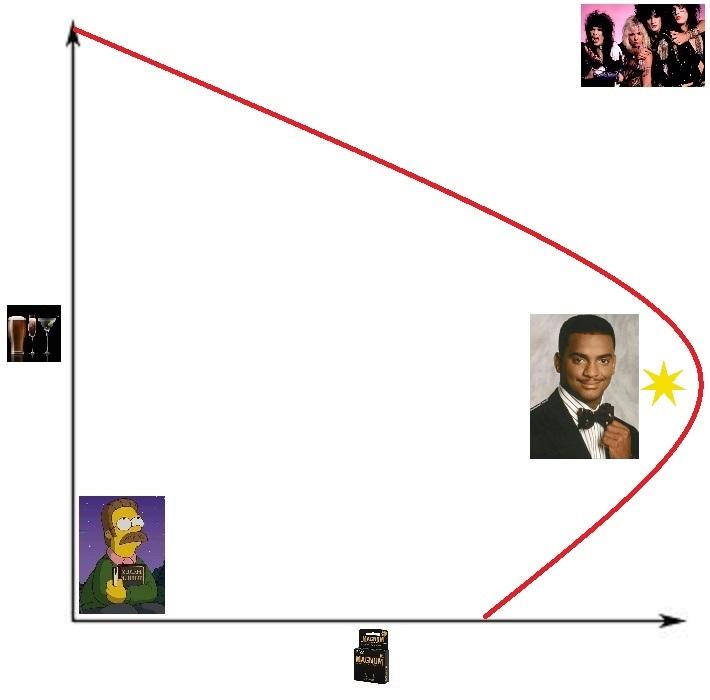 You’re welcome. Now get out there.

The Tiger in the Lotus

Get Big and Be Somebody