My work in Africa started last-minute and completely by surprise. The year was 2015, and my mother was working for a wealthy philanthropist whose day job was running a tax empire, while building worlds for the impoverished as a hobby. One day after a meeting, he approached my mother, Marie, a go-getter with an unusual ability to make the impossible happen, to ask if she’d be willing to go to Ghana to supervise one of his humanitarian projects.

My mother contemplated the journey to Ghana, a West-African nation half the size of California known for its history of gold mining, slave trafficking, and comparative regional political stability. Understandably, she was apprehensive. Ebola had recently spread like wildfire in nearby nations. Additionally, her grandmother was a Peace Corps nurse in Liberia and Sierra Leone in the 70s and 80s. She grew up hearing wonderful stories about her wild adventures in West Africa, only to have them tarnished by the violent civil wars that destroyed the institutions her grandmother helped create.

One evening, my mother’s boss gave her a call. 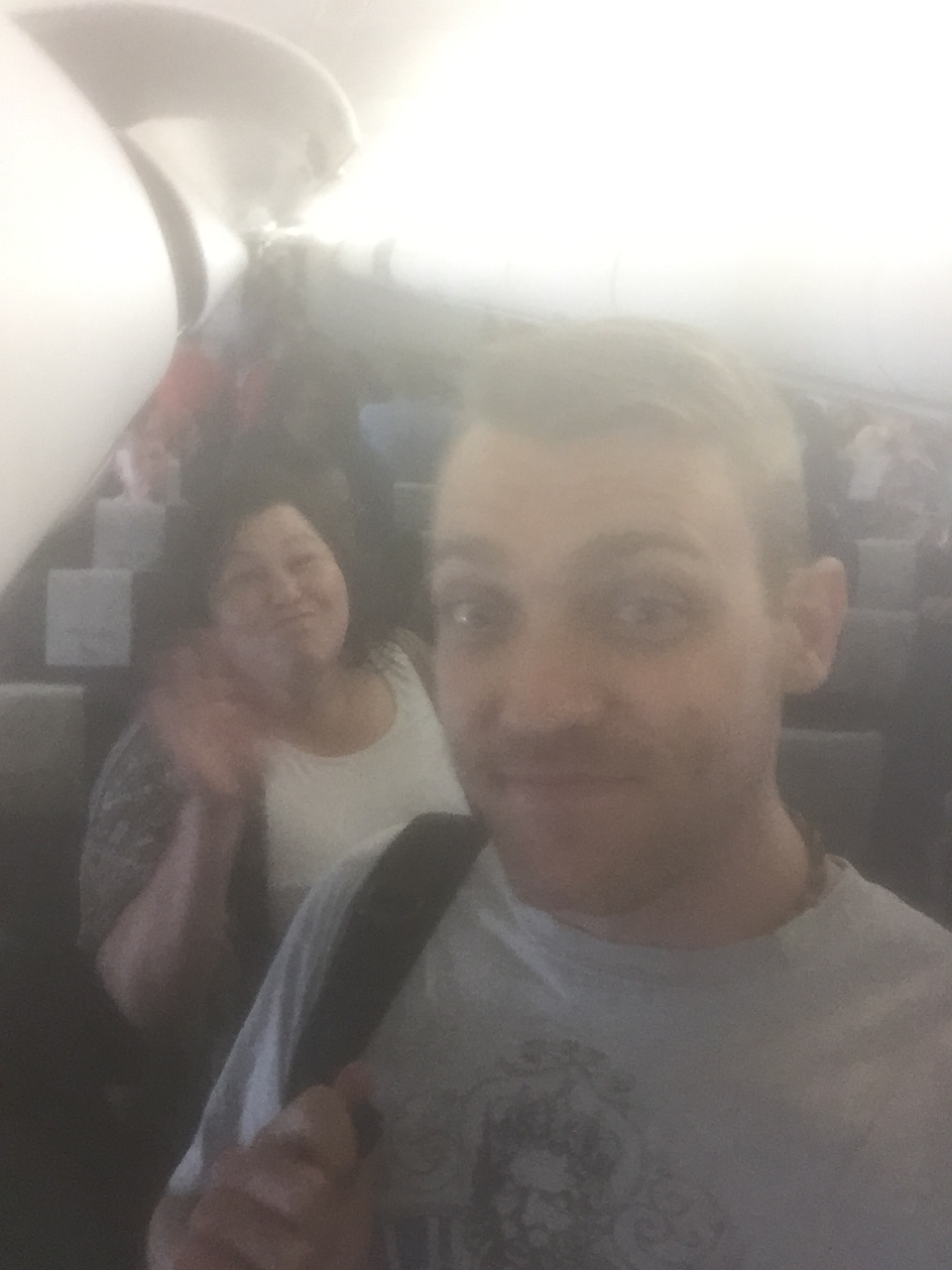 “You have that son who was in the Army and travels a lot, right? Would it make you more comfortable if he went with you?”

She indeed must have felt more comfortable with that idea, because she answered the call to adventure and told me we were going to Africa.

I’d recently graduated from university and spent the summer backpacking through Europe. I was thrilled to be on another adventure so quickly, yet knew such a last-minute intercontinental jaunt across the world could present unforeseen hurdles. With that being said, expediting our vaccines and visas went smoother than expected. A few back-and-forth phone calls with the clerks at the Ghanaian embassy in DC and local doctors who could conjure up a yellow fever shot helped get me on track for the logistic hurdles of our trip.

The long flight from Las Vegas to Accra, Ghana’s capital city, was exhausting. We hit the ground running jet lagged under a high African sun. Signs at the Kotoka International Airport warned us of the ongoing Ebola crisis. The Ensign College of Public Health, which organized the logistics and would be hosting us for this trip told us that one of their staff, Phyllis, would pick us up at the airport. We only had email communication with her and didn’t know what she looked like. We were pleasantly surprised that as soon as we stepped outside,  Phyllis was waiting for us in a van. 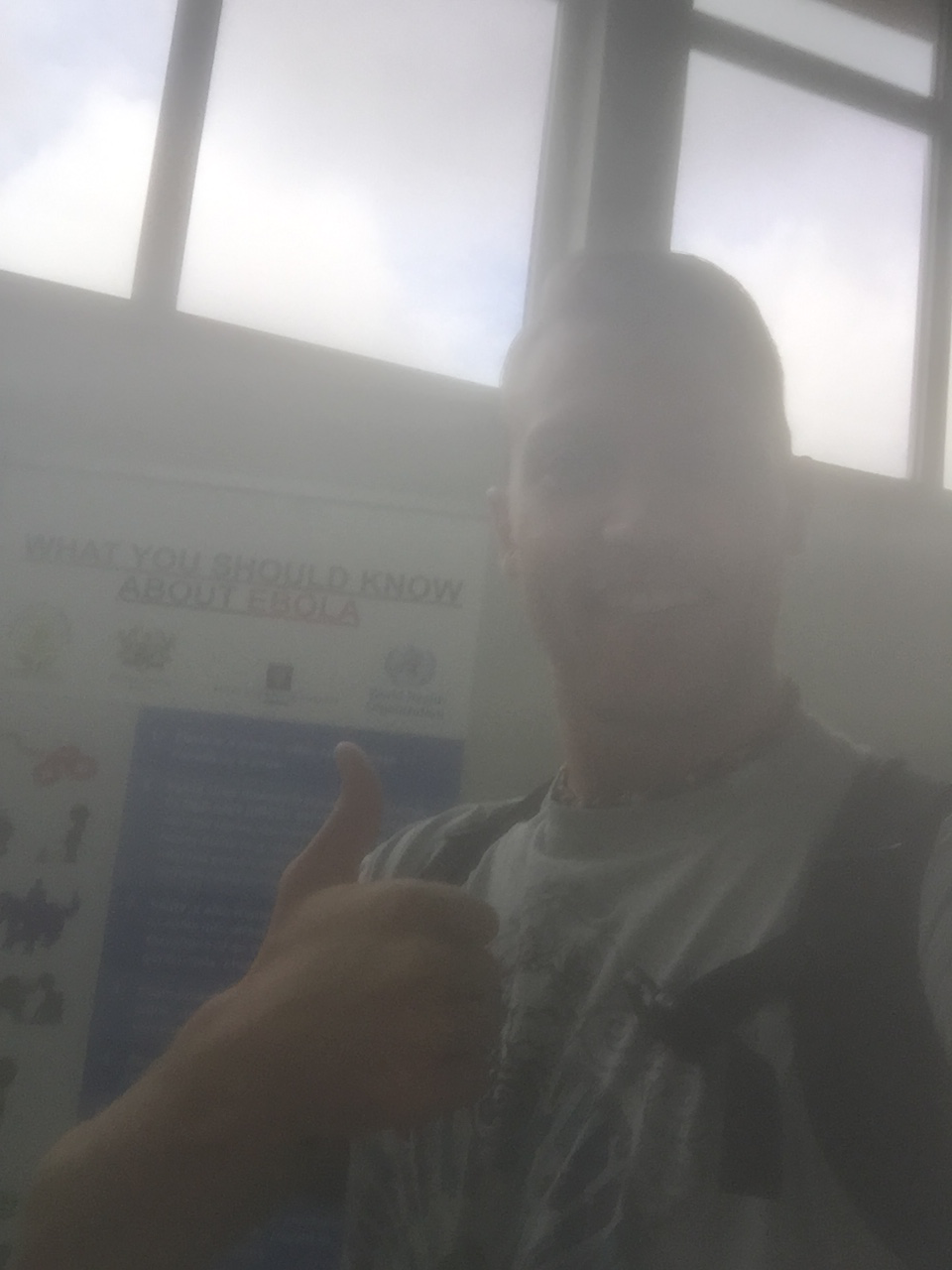 “Miss Marie?” she asked in a strong accent, easily identifying us among the African crowd. There was something motherly and soothing about her large frame, gap-toothed smile, and long, jet-black braids as we began to navigate the foreign terrain. One of the first things I noticed about our first drive in the city was the rampant charlatanism in all the signs and advertisements. Signs like “The Spirit of God’s Loving Grace Liquor and Beer,” and “Discount Blessings Today” dotted storefronts throughout the city. Phyllis drove us to a restaurant where the team we’d be working with was gathered. They were all from Ghana and Zimbabwe. My mother and I were the only Americans. We tried our best to make good conversation but had a hard time keeping up through the jet lag. Fortunately the team shared our exhaustion, so we drove to our quarters at the Ensign College of Public Health in Kpong for an early night’s sleep. In the morning, Phyllis woke us up for a breakfast of giant snails, coffee, Milo chocolate drink, and Magic Energy Soda, which seemed to have a much stronger kick than Redbull. We caught up and conversed about plans for the trip. The gist was to work with the Ensign College of Public Health, Project Peanut Butter, and the Bountiful Children’s Foundation to coordinate reliable supply lines and safe storage for children’s nutritional aid. We would also collect data on rural villages to see which areas were more likely to suffer from child starvation, and identify families with starving children, giving them access to the nutritional food packs provided by Project Peanut Butter. In some parts of rural Africa, parents often let their younger children starve if food is scarce. It’s one of those cultural differences that’s hard for us in the West to understand, but in rural Africa, if the providers die, the whole family could perish. In the harshest sort of way, it makes sense. 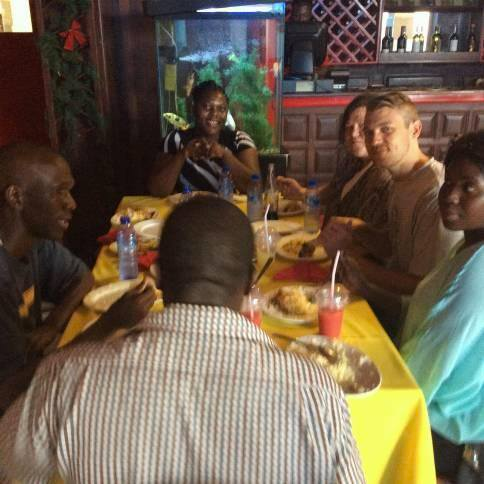 We ventured toward the outskirts of Kpong to recon a rural fishing village we’d be assisting later. Despite the poverty and underdevelopment, there was paradisiacal beauty throughout the countryside. Near the water, Ghana looked like Hawaii. 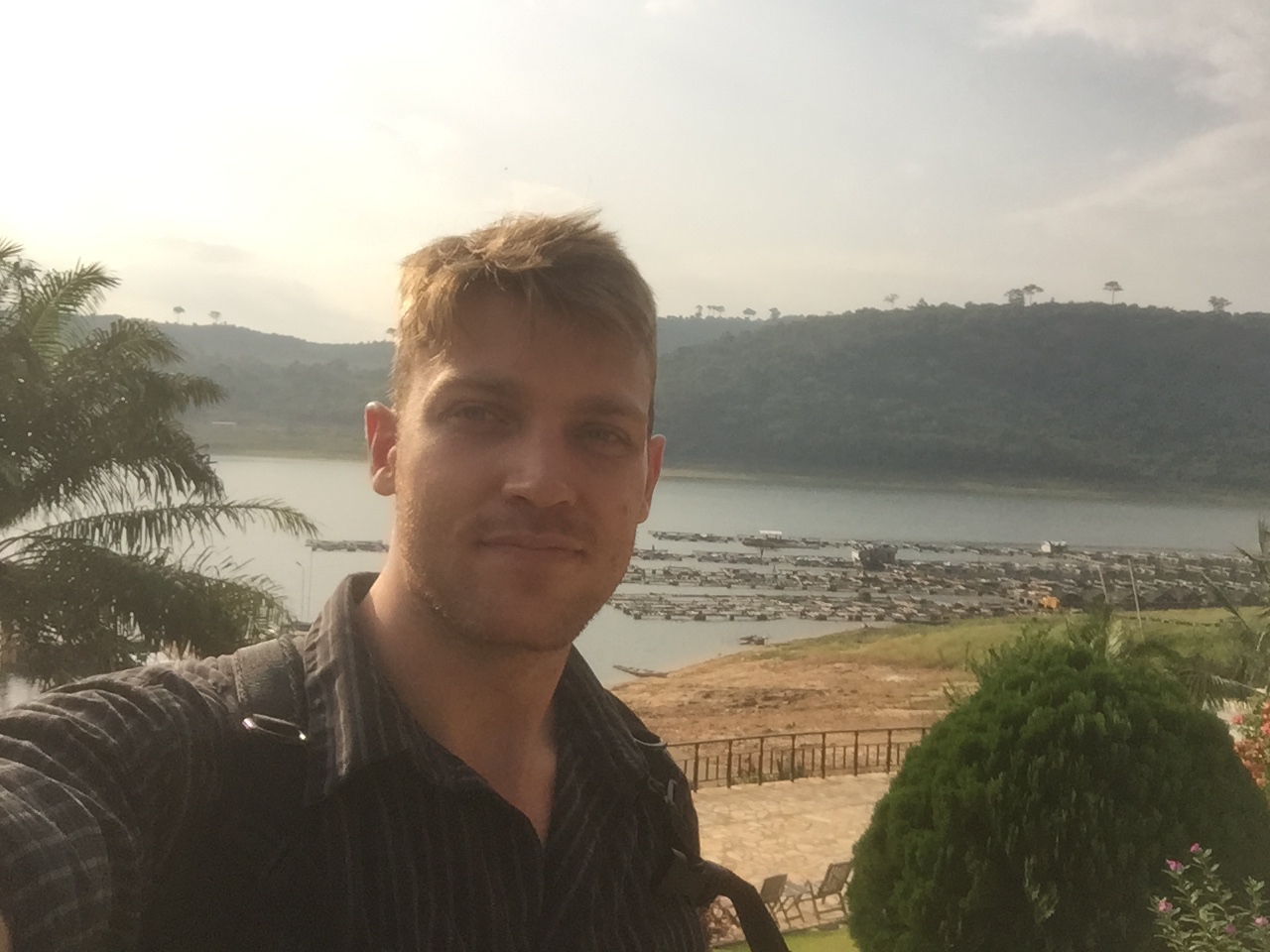 After a lunch of teeth-gritting peppered sausages and curried fries, we drove to the Akosombo Dam. The enormous hydroelectric dam flooded around four percent of the country’s surface, and is one of the reasons for Ghana’s comparative wealth and standard of living. The dam provides electricity for most of the country, and sells power to neighboring Togo and Benin. We took a boat tour over Lake Volta, the largest man-made reservoir in the world, as a beautiful sunset began to paint itself over lush, green canopies. 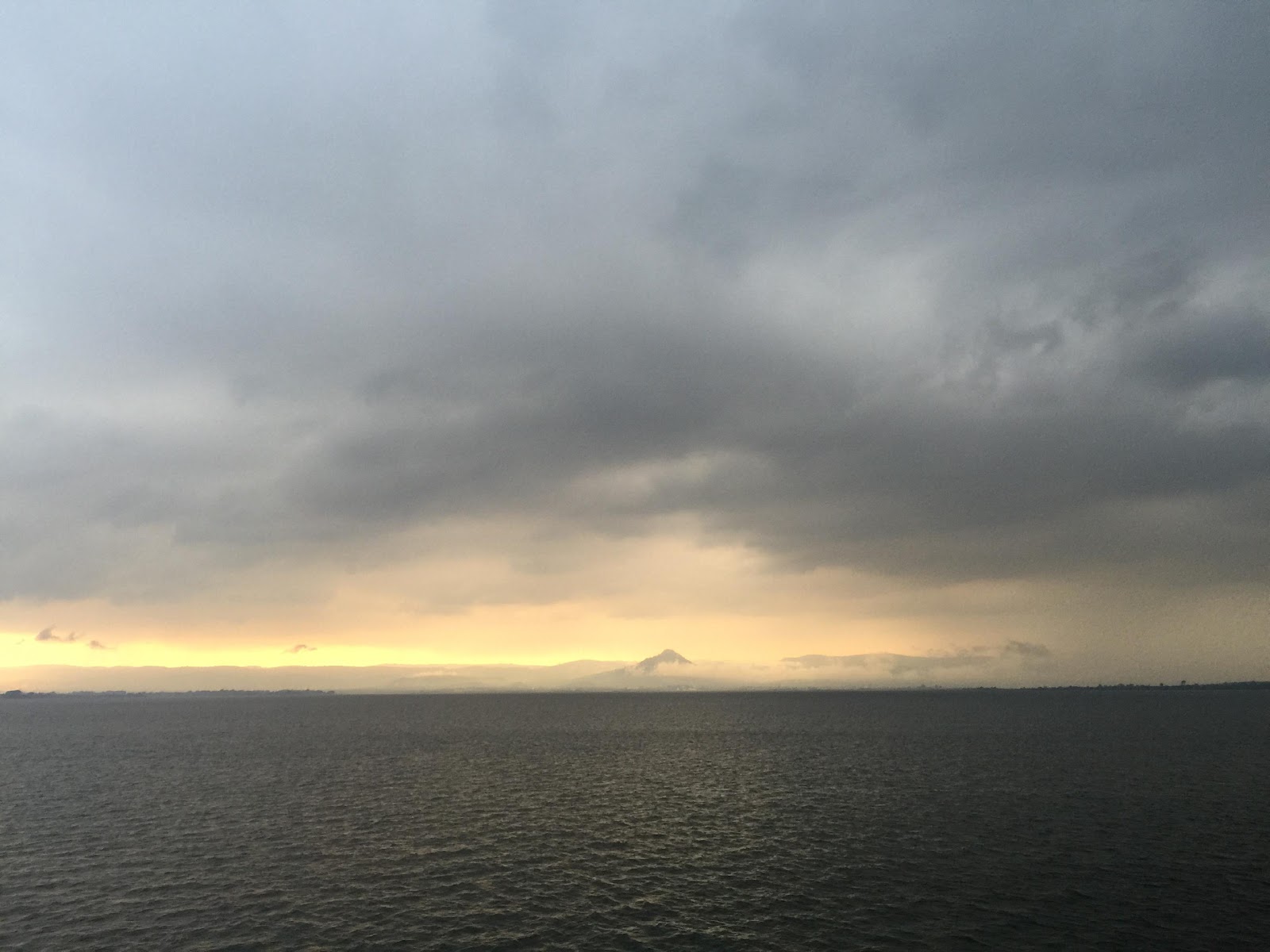 As we drove through the rural areas, hawkers selling various edibles congregated around the van at every stop. The women held baskets of what looked like popcorn and bushmeat on top of their heads. Some of it was discernible, like the dried eels, bats, and fish, but some of it was not.  As the sun went down, we drove to the Royal Senchi, the most posh resort in Ghana, for some dinner and socializing. Homeless individuals and families laid blankets out not far off the road as we, the rich white foreigners who had been boating and touring the countryside, had our driver take us to one of the nicest resorts in West Africa. A pang of guilt washed over me in one of those moments where I knew I’d taken my privileged life for granted. I’d pissed away more opportunities in my life than many Ghanaians would ever have. Additionally, I wasn’t even sure what I was doing in their country. I didn’t know what I was really contributing to the team. I’d been sent by a man I’ve never met to accompany my talented mother who surely had the ability to accomplish her tasks without me.

While I never intended to take the trip lightly by any means, that bit of reflection en route to the resort strengthened my commitment to the mission. We had seen so much in the first couple days, and the next few weeks would be just as busy. Little did I know I would accidentally take part in some voodoo magic, explore the old Dutch castle where millions of slaves were kept before departing their homeland forever, dance the night away at the country’s largest music festival, get up close and personal with crocodiles and baboons, and experience thousands of warm, bright smiles along the way. When Children Knew Nothing

Community in our DNA: Older Days Made Better Ways