We, the GWOT veterans, went to war with the ubiquitous thank-you-for-your-service refrain, the hero-worship and do-no-wrong treatment that emerged after September 11th, 2001. Our country started two wars, and even when one of them became unpopular, we were deferred to and praised and never questioned. When we came home, we matriculated into the workplace and universities. Our bosses and professors gave us room to speak, let us opine without expertise. We held the floor, even when we shouldn’t have, because we had gone to war.

Our wars followed us. A shield, a crutch, a trampoline into success. Our wars were personal and universal. They were the glue that bound us together even after we returned home to a world we did not understand. They were the basis for our culture; our mono-culture, a singular underlying set of beliefs and expectations that we knew every veteran held. Views on war, and what we had done, and politics, and the world, and how things should be, and precision and discipline and relationships and education and work ethic and intra-generational divisions. The monoculture of the warrior, the American Veteran.

And then the monoculture fractured. Over the years, we grew older and further away from each other, and though we leaned on the war, we largely put it behind us, and with it the warriors who defined it, who made it worth fighting, who influenced our minds and our hearts. Our experiences and ideas splintered. Cracks appeared, small things at first, which fractured into larger differences, divergent narratives of the same series of events. We began to radiate from each other, individuals on disparate paths. Even so, our collective folklore, our myths, our veteran civilization remained whole.

And then, one day, the monoculture began to disappear.

And the men and women we went to war with, dug fighting holes with, jumped canals and stood post with, smoked and filled sandbags with, grew tired and dirty and filthy with, the ones we saw at their strongest and at their most vulnerable, the men and women we sobbed with, we ate with, slept with, endured and traipsed and drank with, these warriors began to think differently from us, and instead of listening and embracing their differences, we decided to hate them.

On Facebook and Instagram and Twitter we shared memes that were funny until they weren’t and jumped to conclusions without looking where we leapt. We denigrated movements and doxxed innocents and berated civil servants and celebrated the deaths of our fellow Americans. We postured and threatened and belittled and we did not listen. And we forgot that some of us were Black and some of us were scared and some of us saved lives on the job and some of us had experienced things that others hadn’t experienced, and we forgot that at one point the war had united all of us.

And we forgot that on one particular day, years ago, the blood of the warrior now marching against police brutality in Denver and the blood of the officer standing watch in Minnesota had stained our gloves and flak jacket and combat shirt, extracted by the same bomb.

And we forgot the monoculture, the good parts and the bad. It died, and so did our memories: memories of the war, the warriors and all that which once held us together. All of a sudden these things were gone, and they never came back. And there was nothing we could do. 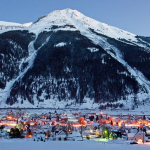 Kirk, along with thousands of other Marine grunts, walked the killing fields of Helmand Province at the height of the Afghanistan War. He has been a PMC, strength coach, writer and foreign affairs professional. He is passionate about travel, adventure motorcycling, BJJ, and telling the story of the Longest War.

He can be found on instagram at @memoirsofagrunt. His debut book, The Hill, is slated for publication in the fall/winter of 2020.