A comfort zone is a difficult thing to break, particularly when it is almost purely mental. Like so many of us, much of my time overseas has been tied in some way to the government. That means that I’ve only been to really poopy places, usually with oodles of nasty ways to die just outside the C-wire (or inside the wire, if one forgets to wear one’s safety/glow belt).

When a trip to India with my church came into my realm of possibility, I didn’t really jump at the chance to visit yet another third-world nation. To be honest, it was more of a hesitant hop, like the kind you do at the last burpee of the last set of a Gym Jones workout.

The mission was simple; go into a country that hates Christians with a group of people who have no overseas experience, help out in an orphanage, and get out safely. Seemed easy enough. In short, it was like a lot of deployments I’ve already been on. I was nervous about the lack of experience on the team, but one can’t always expect to make trips with hardened, barrel-chested veterans. Being that this was about breaking out of the “I’ve only been to combat zones, so I know that the rest of the world sucks compared to America” mentality, I went ahead and packed my bags (with my trusty E&E kit), applied for my visa to India, and prepared to have yet another set of stamps on my well-worn passport.

I mention my E&E kit because I was planning for the worst. I playfully imagined a scenario where a local died for one reason or another, and our whole team had to E&E Bravo-Two-Zero style, along with a mutant tiger attack and a firefight in the Taj Mahal.

Did you know that not all third-world countries look like Iraq and Afghanistan?! I mean, I knew that India wasn’t a crusty, sweaty desert, but imagine my shock when we left the airport to walk into a mild, pleasant climate, the air soaked in smells of flowers (and a fair bit of diesel fumes), with tall, lush trees as far as the eye could see!

Sure, there were some similarities to my other experiences overseas. The telephone poles with a couple dozen wires going everywhere were familiar. There was the might-makes-right style of driving, complete with entire families riding on mopeds, their infants being held by bored parents. There was the fact that the streets and alleys were made with an alchemy of dried feces and used engine oil. In addition to that, no trip to a third-world nation would be complete without jingle trucks more gaudily decorated than a chandelier designed by Jackson Pollock (though Indians are apparently big fans of swastikas as ornamentation). 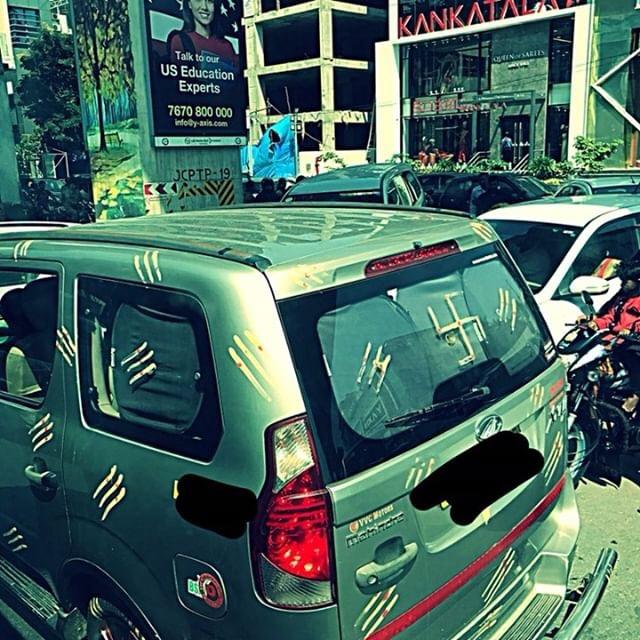 Contrary to my unnecessary paranoia, the people were kind and gracious, even if they stared a little bit at the pasty, lumbering Americans in their streets. They acted almost like . . . (gasp!) . . . like America hadn’t invaded their country, and they had little reason to hate us. My desire to see the good in a non-western nation was coming to fruition.

The orphanage we supported was a marvel of organization, discipline, and logistical ingenuity, while simultaneously being a center of love and gentle caring for children abandoned by the world. They navigated the waters of “Indian Time,” which meant supplies and people arriving significantly later than promised. They planned for large groups of hungry Americans eating their food and sleeping in their beds. They raised children to be happy, respectful, and loving. Their compound was something you could easily turn into a secure FOB with a couple of minor adjustments. Their personnel were quite literally tireless, and utterly devoted to showing Christ’s love to orphaned and neglected kids.

In my experience, those with idealistic dreams rarely have their souls grounded in reality. They tend to have unrealistic expectations of the nature of man, usually winding up angry and jaded. In keeping with the theme of breaking my expectations, every single staff member of this orphanage was able to reach for the clouds of showing God’s love, while growing firm roots deep into the soil of reality. This surprise was a fantastic way to be wrong. 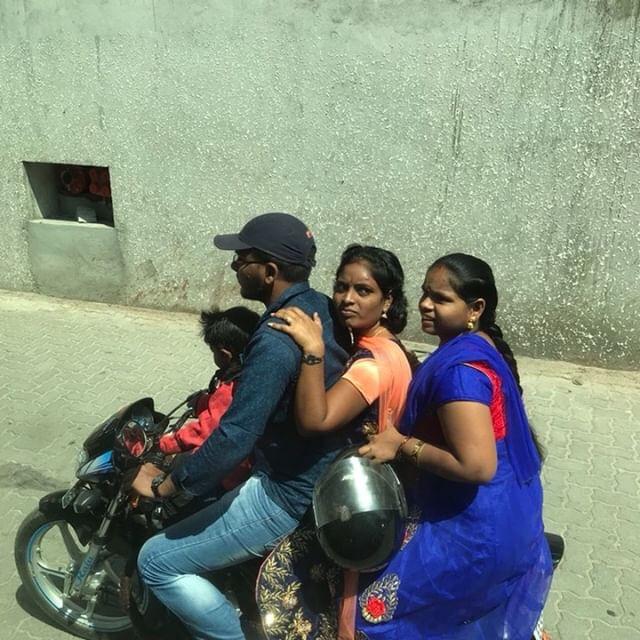 I have several snapshots of the trip. I can see the happy faces of the children after receiving a library (the funding of which was organized by my lovely wife). I can see the tear-filled eyes of my teammates when they were greeted to the orphanage by 30+ singing kids. The uniforms they wore to school every day, which were obviously well-worn but exquisitely cared for. The clean state of the buildings housing the boys and the girls. The way the girls would laugh at our poor attempts at Telagu (their language) as they ate rice and chicken with their fingers. The way the little boys joyfully let out their aggression on the soccer field, playing swiftly barefoot against big Americans wearing boots on soft feet. I remember the way the boys would kneel during every prayer, while the girls would cover their heads with scarves in reverence. I remember making very unlikely friends. I remember the guy who died.

Yeaaaaaah, remember my completely invented worst-case-scenario? That actually happened, minus the mutant tiger attack and the firefight in the Taj Mahal (a fact which still causes bitterness in my little olive-drab soul). 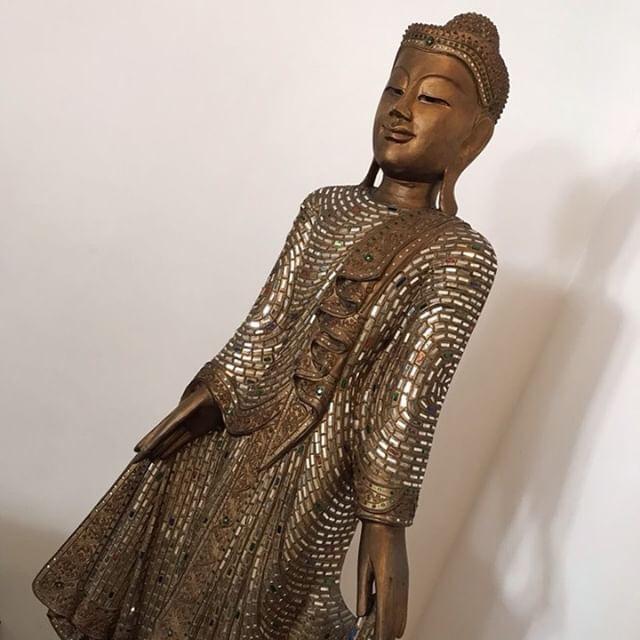 We had just finished up a service project when one of the staff members (a badass dude I’ll call Bill) rushed in to say that a local worker had collapsed. He had no pulse. I remember yelling that I was a medic just as a van screamed up to us with the sliding doors still open. Anyone who has done a BDA would recognize the familiar way the patient’s eyes were eyes unfocused and pointing in different directions. I remember his deeply-lined face, his gray hair and beard.  I can see his ancient wife kneeling in the van by his hip as I attempt CPR, muttering, praying, and wailing in emotional agony. I can feel the presence of one of my teammates, a nurse, as she rotates out with me doing compressions and rescue breathing. I can hear and feel the crack of his sternum as my thrusts shatter his ribcage. I can hear the gurgling. I can see the rise of his stomach as my failed attempts at rescue breathing force air into his esophagus rather than his lungs. I can still taste and feel his beard against my mouth. I can feel the van sway and swerve in and out of traffic, while the pitiful horn beeps constantly.

I remember screeching to a halt in front of the hospital. We ran back to a waiting car driven by the aforementioned Bill, who gripped the steering wheel with the tense energy of a PFC in Fallujah. The presence of Americans is often inflammatory in this section of the country, and the staff wanted to ensure our safety. I can feel the elation, the rush of danger in a life-and-death scenario, while seeing the broken faces of those who knew that a man has died. I remember being told that the locals were very angry, and we would need to evacuate every American from the compound. I remember the terrified looks on the faces of my teammates, who had only come to bring peace and love to this small sector of the world.

I can see the hyperventilating and tears of my female teammates, along with the grim focus of the men. I remember the panicked rush of packing and loading vehicles, the checking and re-checking of passports and important flight documents. I remember the solemn drive to a hotel near the international airport where we would hole up until time for our flight.

What did I do at the hotel? Once everyone was safely in their rooms and our team leader had laid out a timeline for departure, I went and got myself some good shots of whiskey. Yeah, yeah, yeah, I was on a church trip, but who doesn’t want a good strong drink before fleeing a country?

The flight back home was largely uneventful. As I sat next to my wife on the plane, I tried to process the trip. Even now I don’t know what lessons I learned. I went to challenge my closed ideas of foreign travel, to see beauty in a land not my own, and I found myself once again in a life-or-death scenario. Perhaps a man should be open to surprises in this world, but one should also be prepared to have biases on the nature of humanity sadly confirmed. To quote the great philosopher Thanos;

Cokie has been in various military branches and contracting companies. He loves "Yo Momma" jokes, and is often intrigued by the complexities of the social hierarchy of Smurfs. He hates the movie Pocahontas, and with good reason. Don't get him started. He can be found in tree stands across the Midwest, wishing he was good at deer hunting. He is author of the book Where They Meet: Songs of War and Poems of Life. His work can be found at www.cokieactual.com and on Instagram @cokie_actual.

To Them I Appeared a Stranger

Women in Combat Units is Still a Bad Idea (Sorry)