Books and movies—the military kind. Do you watch them? Read them? Today we’re going to talk about them, and how the facts aren’t always… accurate. And a little bit about why that is.

A: the entertainment industry knows what sells. A few story-telling terms to start us off could be agents of change, the B-story, the standard arc of Thesis, Antithesis, Synthesis —all tools successful creators use in various mediums and on a regular basis. It isn’t shocking that military blockbusters contain “against insurmountable odds,” or fighting until all ammo is blasted out of the righteous side of a god-fearin’ barrel. What passion! These help the rugged themes and praise and galloping jingoism that make the genre the financial mega-success it usually is.

B: the military is a culture—inside and out—that adheres to a strict value of authenticity.

Like many cultures, there are specific ways of dress, speech, and customs. Then there are the other specifics. You wearing that tab? You better have earned it. Said you fought in Ramadi but never left the wire? Themz fightin’ words in the wrong/right crowd. Retired Navy SEAL Don Shipley has gained formidable recognition for his investigation and exposure of individuals who’ve made false claims of military service. 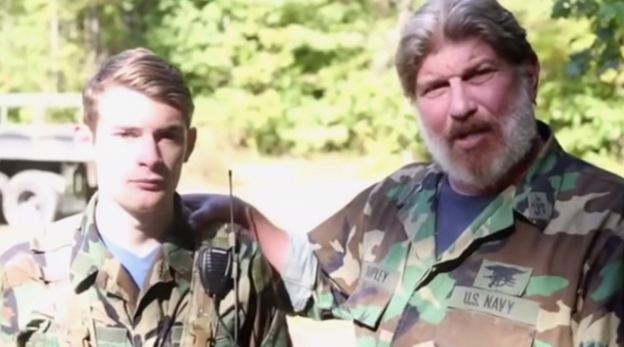 Keep all that in mind, because as far as military art/entertainment is concerned, the problem is when A inevitably collides with B.

Or in other words, Entertainment Formulae Meets Military Authenticity is usually a relationship at odds. Rarely do perfect, realistic accounts of battle, or military life, fit the Hollywood mold or the bestseller template.

Some things are perhaps forgivable, like dispersion being off due to the camera lens and similar constraints of the medium. Some things, perhaps, not so much; like most vets rarely experienced life (before, during, or after) on par with the Campbellian hero and his nice, clean and tidy story arc.

Let’s start with the funny stuff. Every veteran knows another who seeks out what’s wrong with an actor’s uniform. And they’ll usually find them, too. A Marine being called “soldier” or an Air Force medal seen on a seaman, these discrepancies come with the errors and artificiality that happen when any profession is flung onto the silver screen (just ask cops).

But there are larger discrepancies at work, ones not easily dismissible as amusing, or a mistake.

Ghostwriters, screenwriters, directors—the whole gang—they seek out real stories with big potential. Once found, they embellish a few components, omit others, and then give the stuff a good, final polish—and voilà —the product ‘Merika seems eternally poised to devour.

But there is a question here that needs to be asked: Do book readers, movie goers, Netflix bingers, vets themselves, do they care when the actual stories are changed? And, maybe more on point, should they?

Entertainment Formulae Meets Military Authenticity has its upside. Saving Private Ryan wasn’t a documentary, but Americans did fight the Germans in WWII. Fleshing out attractive story-telling in a landscape of reality has always been fundamental to the arts. The problem, however, arises when the art is sold as true-to-life. This happens a lot these days; proven perhaps the clearest when a figure in the story is practically shoved into the searing limelight. They’ve become authorities, advocates, poster-children, resident experts.

The reason people want to listen to them is the belief in their experience. Yet, there is a reason we didn’t see Sons of Anarchy star, Charlie Hunnam, giving lectures on how to deal with criminal motorcycle gangs. Right?

Altering events to make a story more attractive—no matter how small and non-pertinent it may seem to some—in the eyes of the vast military culture, the work becomes a piece of fiction. Or, if trumpeted and bannered as nonfiction, a case of politically-motivated salesmanship. 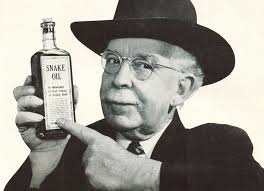 At this point, it’s probably a good idea to make clear that this article doesn’t aim to change a damn thing. Elements A and B are arc-welded into our culture.

The only added value we offer here is a source where a critical conversation can root itself.

There are good versions on both ends of the spectrum: Documentary and Drama. The merits of a good documentary need not be stated. For military drama we could look at Platoon. Nothing about it claimed to be based on real life. The movie used the backdrop of a war and its specifics to examine aspects of the human condition.

But you got to give it to the previously noted content creators. They find a way to muck these up too. How? You mix them.

How do they mix them?

Kind of like… you know how metal and rap can both be awesome but Limp Bizkit patently sucked? Right. Fusing elements that thematically oppose one another may be good in theory, but usually ends up just being another commercially-geared Frankenstein. When the documentary bends truth or states fiction as fact, or when dramas sell their story as truthful rather than based on isolated fragments of history, then we run into the issue.

A big issue? Nah, probably not. But for what it’s worth, veterans, nonveterans, whatever, people tend to dislike false advertising.